Yay! it's Designer Challenge week and this time I got to pick the theme.  Now that Christmas is behind us and it's not quite time for new years, I decided on "Party Animals".  I was thinking about this theme and then thought, why not Hee Haw?  Hee Haw was a fun TV Show that was a country party every week. I watched some clips on YouTube and found that it was still funny, maybe even funnier than the first time around.

I kept the front of my card simple because all the fun is on the inside. 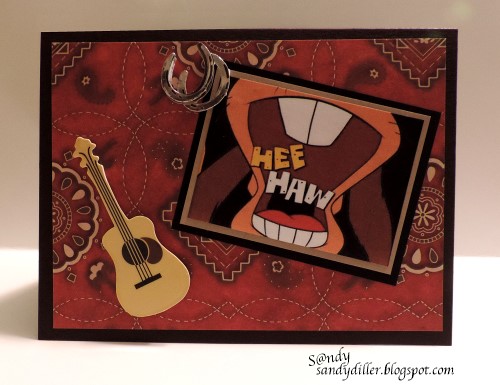 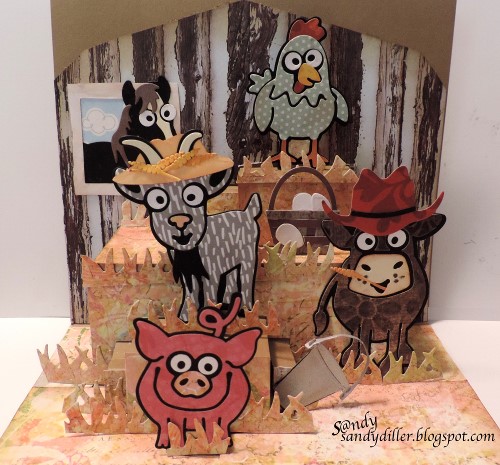 Here I dressed up some of the farm characters from the Pop it Ups Collection by Karen Burrniston for Elizabeth Craft Designs.  Hope you have a little giggle, as I did, while making this one.
This is a 5" X 7" card so start with a 10" X 7" piece of cardstock and crease in the center. 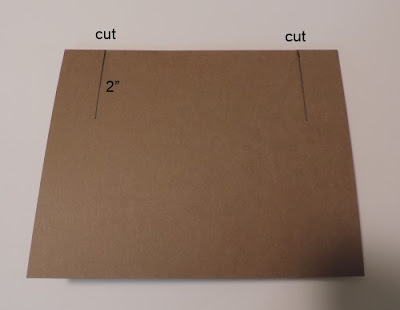 With crease at the top, mark 2 lines that are 2" long and each is 1" from the sides.
Cut where marked.  Crease between the cut lines and fold in opposite direction for center fold.
It will look like photo below. 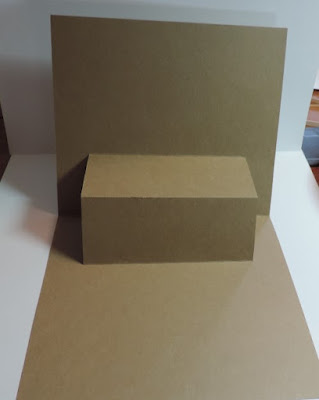 With card spread out flat, place Lots of Pops Pop Up on each crease with the alignment nubs on crease.  See below. 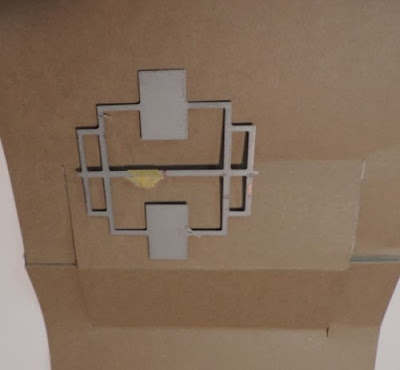 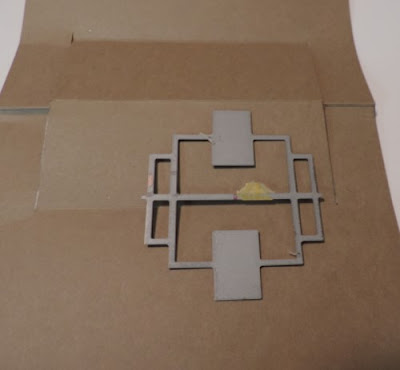 Fold out the Lots of Pops as usual and it should look like the photo below. 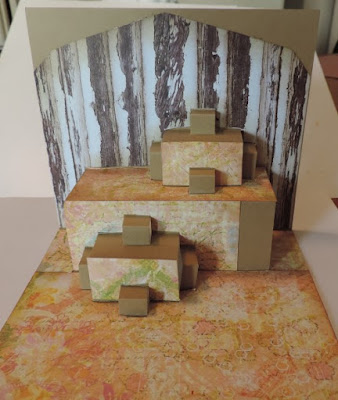 I chose some paper that I thought would look like hay and added it to the Lots of Pops.  I used some woodgrain paper to the back, cutting the edges with the Barn Pop Stand. 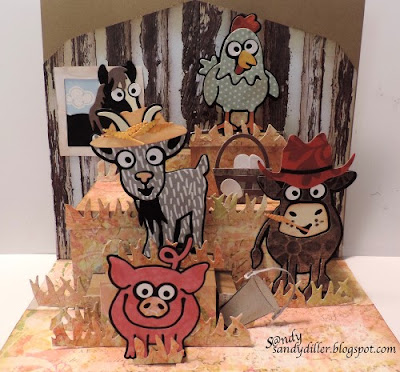 To add that feeling of hay, I cut some edges with the outdoor edges and added them randomly to the background.  After cutting and assembling the Characters, I added them to the hay bales.
The Characters are having a Hee Haw good time with Cocoa the Horse looking in the window.
To see how the rest of the team interrupted the "Party Animal" theme check out Karen's Facebook page here.  Don't forget to tune in to Karen's blog tomorrow to see a new technique and video.
Happy New Year,
S@ndy 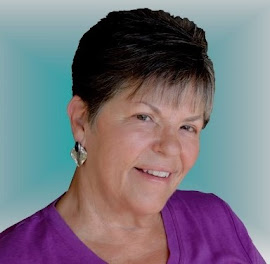 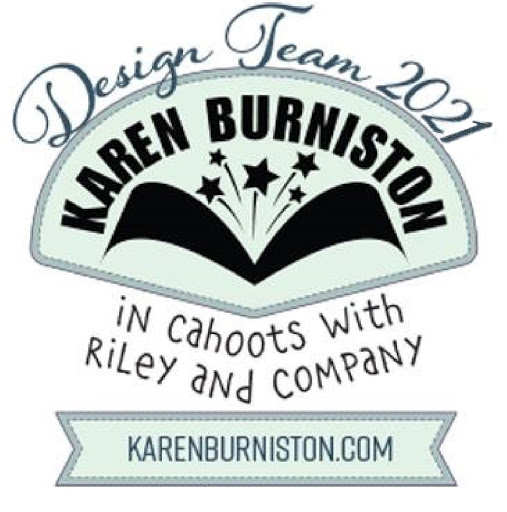 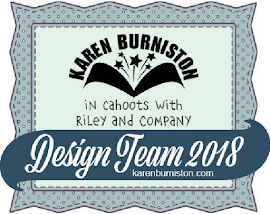 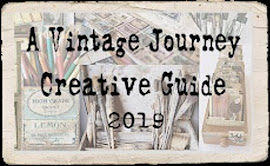 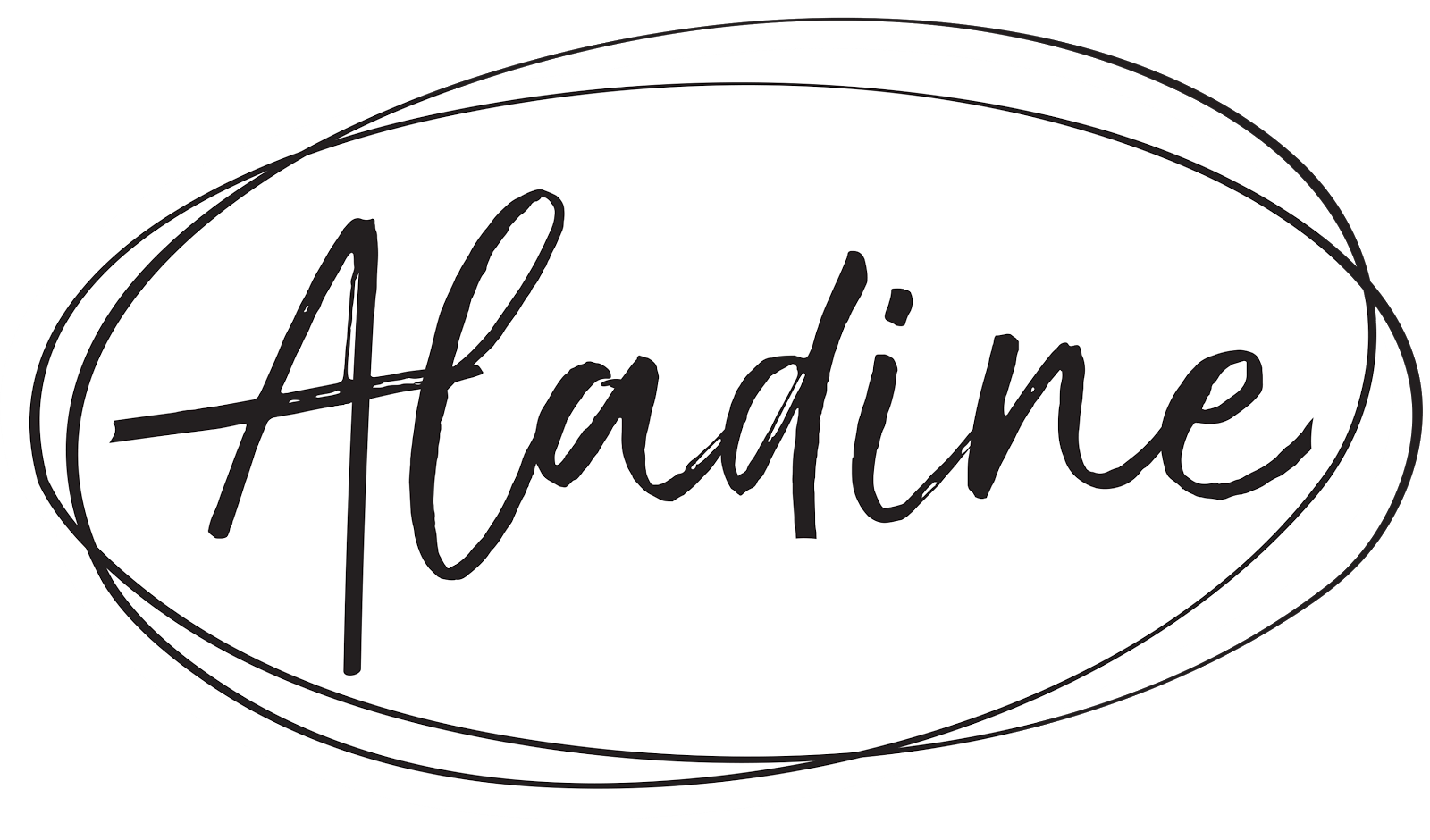 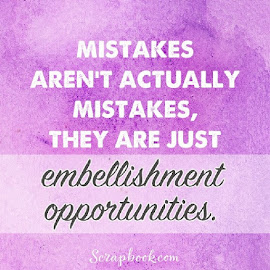 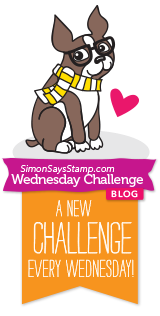